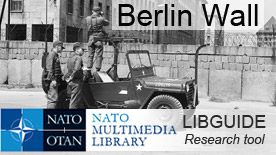 August 13, 1961: "The Berlin border between East and West Berlin is closed. The zonal boundary is sealed in the morning by East German troops. “Shock workers” from East Germany and Russia seal off the border with barrier of barbed wire and light fencing that eventually became a complex series of wall, fortified fences, gun positions and watchtowers heavily guarded and patrolled. In the end, the Berlin Wall was 96 miles (155 km) long and the average height of the concrete wall was 11.8 ft (3.60 m). Over the course of the Wall’s existence, 133 people were confirmed killed trying to cross into West Berlin according to official sources, while a victims’ group puts the number at over 200 dead. There were also some 5,000 successful escapes into West Berlin. The August 13 operation lasted 24 hours." (Source: The Cold War Museum - Berlin Wall Timeline)

November 9, 1989: "The fall of the Berlin Wall signaled the end of the Cold War and was followed by the dissolution of the Warsaw Pact and the breakup of the Soviet Union. The reunification of Germany in October 1990 brought the territory of the former East Germany into the Alliance. The new democracies of Central and Eastern Europe were eager to guarantee their freedom by becoming integrated into Euro-Atlantic institutions". (Source: Evolution of NATO's "Open Door Policy", 3 December 2015)

This LibGuide is part of the NATO Declassified project, launched in December 2016. This NATO web-based platform is planned to expand. Over time, it will offer more historical content and features.

Recommended Reading on NATO and the Berlin Wall

A selection of key analyses and papers: 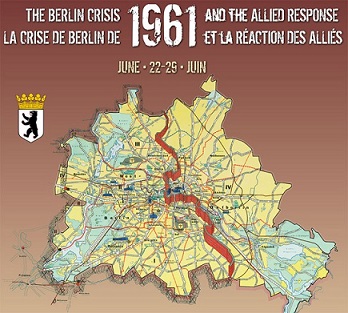 Map shown on the occasion of the 50th anniversary of Berlin crisis marked by exhibition and release of declassified documents at NATO HQ (23-29 June 2011). 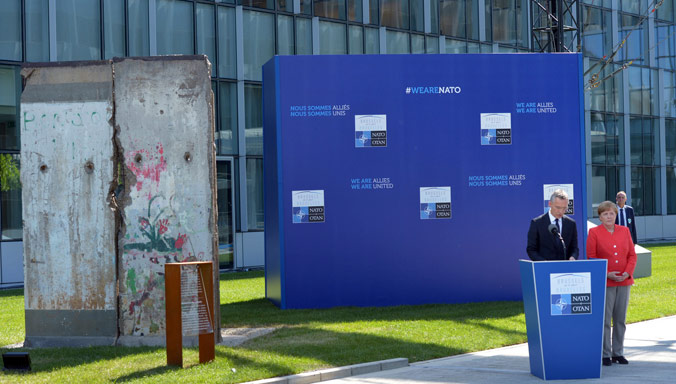 During the Meeting of NATO Heads of State and Government held on 25 May 2017, two segments of the Berlin Wall (a gift from Germany to NATO) were unveiled in the new NATO Headquarters. Read the NATO Secretary General's remarks  at the dedication of the Berlin Wall Memorial here.