This LibGuide is intended to provide a few starting points to assist you with your research on issues related to NATO's New Strategic Concept.

Please note that this LibGuide is no longer updated 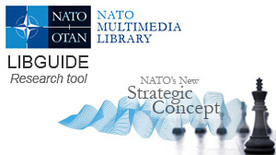 "The global security environment constantly develops and changes. NATO must adapt to the changing international environment. It has done it successfully over the decades. It has done it by expanding its agenda, by changing policies, by enlarging, by adopting new Strategic Concepts. Adoption of each new Strategic Concepts by NATO was preceded by some major change in global or European politics:
• 1949 - first SC: just after creation of NATO
• 1957 – second SC: after Germany entered NATO
• 1968 – third SC: after France withdrew from military structures of NATO
• 1991 – fourth SC: after Cold War ended
• 1999 – fifth SC: after first round of enlargement to CEEC and on the occasion of 50th anniversary of NATO
• 2010 – sixth SC will respond both to changed security environment over more than a decade and to its own enlargement since 1999"

In February 2012, T. Noetzel and B. Schreer added: "During the cold war, most strategic concepts were classified, given that they dealt with military operational issues of how best to deter the Soviet Union. The exception was the famous Harmel Report of 1967, which has retained its reputation for being a forward-looking political document." (Source: "More flexible, less coherent: NATO after Lisbon", published in Australian Journal of International Affairs, Vol. 66, No. 1, February 2012).

NATO's NSC at the NATO Summit 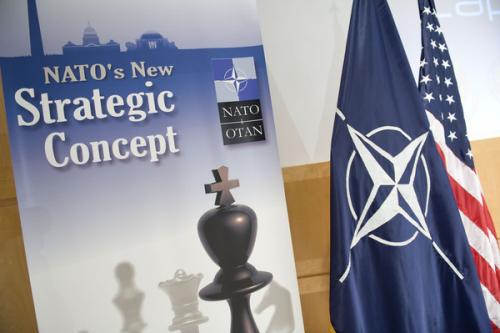